In an apparent U-turn, the Chancellor, George Osborne, has decided to cap the interest rates and other charges on payday loans and other short-term credit. As we have seen in previous news items, the sky-high interest rates which some of the poorest people in the UK are being forced to pay on these loans have caused outrage in many quarters: see A payday enquiry and Kostas Economides and the Archbishop of Canterbury. Indeed, the payday loan industry has been referred by the OFT to the Competition Commission (CC). The CC is required to report by 26 June 2015, although it will aim to complete the investigation in a shorter period.

It was becoming increasingly clear, however, that the government would not wait until the CC reports. It has been under intense pressure to take action. But the announcement on 25 November 2013 that the government would cap the costs of payday loans took many people by surprise. In fact, the new body, the Financial Conduct Authority, which is due to start regulating the industry in April 2014, only a month ago said that capping was very intrusive, arguing that it could make it harder for many people to borrow and push them into the hands of loan sharks. According to paragraph 6.71 of its consultation paper, Detailed proposals for the FCA regime for consumer credit:

The benefits of a total cost of credit cap has been looked at by the Personal Finance Research Centre at the University of Bristol. This report highlighted that 17 EU member states have some form of price restriction. Their research was ambiguous, on the one hand suggesting possible improved lending criteria and risk assessments. On the other, prices may drift towards a cap, which could lead to prices increasing or lead to a significant reduction in lenders exercising forbearance. Neither of these latter outcomes would be beneficial for consumers. Clearly this is a very intrusive proposition and to ensure we fully understand the implications we have committed to undertake further research once we begin regulating credit firms and therefore have access to regulatory data.

The government announcement has raised questions of how imperfections in markets should be dealt with. Many on the centre right argue that price controls should not be used as they can further distort the market.

Indeed, the Chancellor has criticised the Labour Party’s proposal to freeze gas and electricity prices for 20 months if it wins the next election, arguing that the energy companies will simply get around the freeze by substantially raising their prices before and after the 20 months.

Instead, those on the centre right argue that intervention should aim to make markets more competitive. In other words, you should attempt not to replace markets, but to make them work better. Over the past five years the Office of Fair Trading (OFT) has been closely studying the market for personal bank accounts in the UK. Last week, it announced its latest findings and the evidence seems to suggest that there remains a lack of competition in the market.

On the positive side, it reports that there has been a large fall in unarranged overdraft fees. However, despite this, according to the OFT banks still make on average £139 per year from every active current account. Furthermore, concentration has increased with the four largest banks (Barclays, Lloyds, HSBC and RBS) now accounting for 85% of the market and there has been little new entry. It appears that one of the key factors in enabling these main players to dominate the market and reap high profits is a lack of consumer switching behaviour. According to the OFT chief executive, Clive Maxwell:

Customers still find it difficult to assess which account offers the best deal and lack confidence that they can switch accounts easily. This prevents them from driving effective competition between providers.

Despite all these concerns, the OFT declined to refer the market to the Competition Commission for a more in-depth investigation and potential remedial action. Instead, the OFT will look at the market again in 2015. Richard Lloyd, the executive director at the consumer organisation Which?, was disappointed with this decision and was quoted in the The Guardian as saying:

Everyone – consumers, the government, leading bankers and now the OFT – seems to agree that big change is needed in banking, and that much greater competition on the high street is urgently needed to make the banks work for customers, not bankers.

Whilst at least for the moment, the Competition Commission will not get the chance to take action, there are still several reforms underway that may affect competition in the market. First, the OFT is increasing pressure on banks to allow consumers to have portable account numbers that they can take with them if they switch provider. Second, as a result of the Independent Commission’s review, banks will be required to switch a customer’s account in one week, rather than the average of 18 days it currently takes, and this process will become much more seamless. Finally, Lloyds has agreed to sell over 600 branches to the Co-op in order to meet the European Commission’s requirements following the government bail-out of the bank in 2008. This will increase the Co-op’s share of the current account market to 7%. It will be interesting to see how these reforms affect the market. If there is not substantial evidence of increased competition then the market is likely to face more scrutiny from the competition authorities. 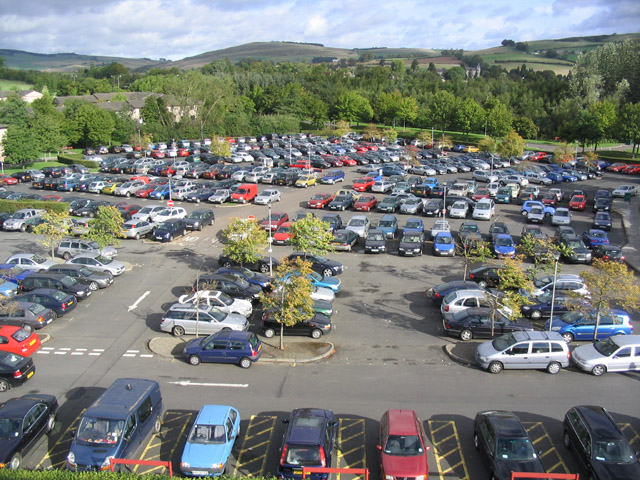