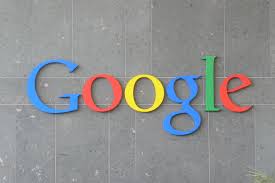 The demand for oil is growing and yet the price of oil, at around $46 per barrel over the past few weeks, remains at less than half that of the period from 2011 to mid 2014. The reason is that supply has been much larger than demand. The result has been a large production surplus and a growth in oil stocks. Supply did fall somewhat in October, which reduced the surplus in 2015 Q3 below than of the record level in Q2 – but the surplus was still the second highest on record.

What is more, the modest growth in demand is forecast to slow in 2016. Supply, however, is expected to decrease through the first three quarters of 2016, before rising again at the end of 2016. The result will be a modest rise in price into 2016, to around $56 per barrel, compared with an average of just over $54 per barrel so far for 2015 (click here for a PowerPoint of the chart below).

But why does supply remain so high, given such low prices? As we saw in the post The oil industry and low oil prices, it is partly the result of increases in supply from large-scale investment in new sources of oil over the past few years, such as the fracking of shale deposits, and partly the increased output by OPEC designed to keep prices low and make new investment in shale oil unprofitable.

So why then doesn’t supply drop off rapidly? As we saw in the post, A crude indicator of the economy (Part 2), even though shale oil producers in the USA need a price of around $70 or more to make investment in new sources profitable, the marginal cost of extracting oil from existing sources is only around $10 to £20 per barrel.

This means that shale oil production will continue until the end of the life of the wells. Given that wells typically have a life of at least three years, it could take some time for the low prices to have a significant effect on supply. According to the US Energy Information Administration’s forecasts, US crude oil production will drop next year by only just over 5%, from an average of 9.3 million barrels per day in 2015 to 8.8 million barrels per day in 2016.

In the meantime, we can expect low oil prices to continue for some time. Whilst this is bad news for oil exporters, it is good news for oil importing countries, as the lower costs will help aid recovery.

Oil prices will remain below $60 per barrel for the foreseeable future. At least this is what is being assumed by most oil producing companies. In the more distant future, prices may rise as investment in fracking, tar sands and new wells dries up. In meantime, however, marginal costs are sufficiently low as to make it economically viable to continue extracting oil from most sources at current prices.

But are low prices all bad news for the oil industry? It depends on the sector of the industry. Extraction and exploration may be having a hard time; but downstream, the refining, petrochemicals, distribution and retail sectors are benefiting from the lower costs of crude oil. For the big integrated oil companies, such as BP, the overall effect may not be as detrimental as the profits from oil production suggest.